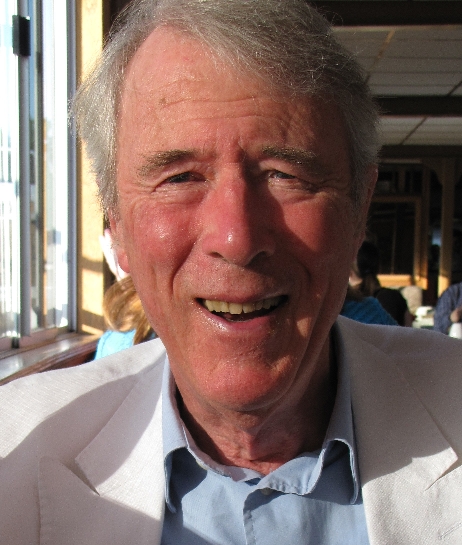 ANTHONY MICHAEL CHARLES WATERMAN was born in Southampton, England on 4 June, 1931. He was educated at King Edward VI School, Southampton and at Selwyn College, Cambridge where he read Economics, graduating BA with Honours (II-1) in 1954 and proceeding to the MA in 1958. Between school and university he served in the Royal Artillery as a Second Lieutenant, and from 1951-54 was a Lieutenant in the Queen’s Own Dorset Yeomanry.

In 1954 Anthony migrated to Canada, settling at first in Sarnia, Ontario where he married his fourth cousin, Margaret Elizabeth Sinclair, in 1955. Having worked in Sarnia as an auditor for a firm of Chartered Accountants, Anthony moved to Montreal in 1956 where he was employed by Canadian Industries Limited as an economic analyst. In 1959 he decided to test his vocation to the priesthood, and was invited by St John’s College, Winnipeg, to lecture in Economics whilst studying Theology. Anthony graduated B.Th. in 1962 and was ordered to the Diaconate, serving simultaneously as honorary Deacon-assistant at All Saints’ Church, Winnipeg, and as Assistant Professor of Economics at St John’s College. His diocesan, Archbishop Howard Clark who ordained him, had determined that Anthony should serve an academic rather than a parochial ministry, that after ordination as Priest in 1963 he should work for a doctorate at a respectable university, and that – contrary to the original intentions of the College authorities – his doctorate should be in Economics rather than in Theology.

Accordingly Anthony applied for and  was elected to a Research Scholarship in the Institute of Advanced Studies at the Australian National University 1964-1967. During his time in Australia, Anthony served as an Honorary Assistant Priest at St Paul’s Church, Canberra, lectured in Theology to candidates for the General Ordination Examination, and published his first four professional articles, one in Theology, three in Economics. Having completed his thesis on the Australian business cycle (which eventually became his first book) he returned to Winnipeg at the behest of Archbishop Clark and resumed his duties as Associate Professor of Economics and Honorary Assistant Priest at a succession of Winnipeg parishes, 1967-76.

In 1969-70 Anthony was consultant to the Canadian Prices and Incomes Commission; in 1971-72 he was a Canada Council leave fellow at University College, Oxford; from 1972 to 1976 he served as head of Economics in the University of Manitoba; and in 1973 he was elected as a diocesan representative to General Synod of the Anglican Church of Canada. In 1974 he became a member of the National Executive Council. From 1973 to 1977 he was chairman of a national ‘task force’ of General Synod on the economy. He was also a member of Senate of the University of Manitoba, chairman of the joint Board-Senate committee on student fees, member of the Board of Governors’ bargaining committee, member of two editorial boards, lecturer in Theology at St John’s, and for a year priest-in-charge of St Michael and All Angels Church. By 1976 it had become clear that he must reorder his life. He resigned from all his duties save those of Professor of Economics, abandoned his faltering research program in macroeconomic theory and policy, and began to explore ways of carrying out Archbishop Clark’s original intentions for him.

Opportunity came in 1979, when he was elected to the Maurice Reckitt Fellowship in Christian Social Thought at the University of Sussex. In that year he began a new research program on various aspects of the relation of economic theory to Christian theology, which almost from the first entailed the study of eighteenth and nineteenth-century intellectual history. Virtually all his research, writing and teaching since that time has grown out of that program. His technical studies in Classical and pre-Classical economic analysis have been undertaken to throw light on the controversies which surrounded the gradual emergence of ‘the economic way of thinking’ in what, until the 1860s, was still a Christian society. His work on ‘Christian Political Economy’ in Britain, c. 1798-1834, led him to his recent and current studies of Papal social doctrine.

Anthony has served as consultant to the World Council of Churches and the Church of England Doctrine Committee, and has held visiting appointments at Cambridge, the ANU and Boston College.  In 2007 his work in the history of economic thought was recognized by election as Distinguished Fellow of the History of Economics Society of America. In 2014 he was elected Honorary Member of the European Society of the History of Economic Thought. Though he resigned the exercise of his Orders in 1982 and has been canonically a layman since that time, he regards his academic work as a partial attempt to fulfill his vocation as a Christian and an Anglican.